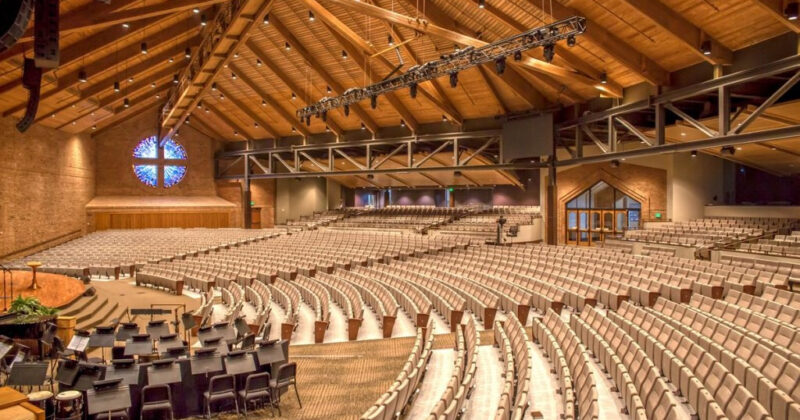 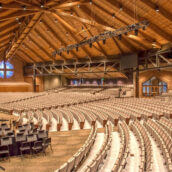 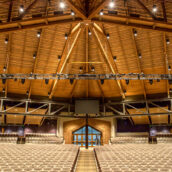 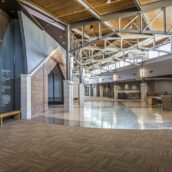 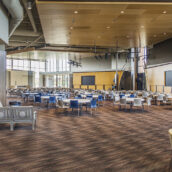 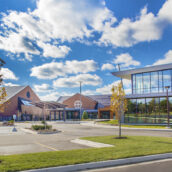 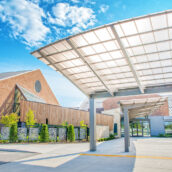 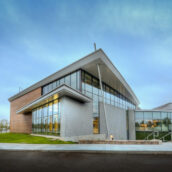 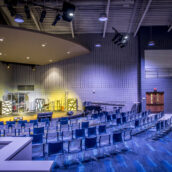 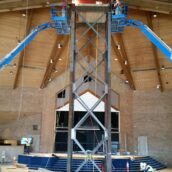 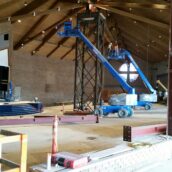 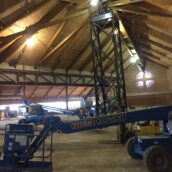 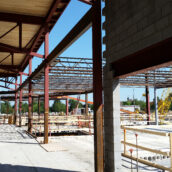 Calvary Church’s North Addition project saw a major expansion and renovation to one of Grand Rapids’ largest churches. The $22-million project included a 70,000 square-foot addition as well as 55,000 square-feet of renovated space. The addition included a new fellowship hall, a new home for the children’s ministry, and a prayer garden. Additionally, the existing sanctuary was enlarged and enhanced through the removal of the inefficient balcony, and the reconfiguring and addition of seating. Both the new addition and the renovation utilized structural steel, including numerous large custom steel trusses that were architecturally exposed. Specifically, two major 100-foot trusses were utilized to re-support the existing sanctuary roof structure that was previously supported by the balcony structure that was being removed.

The structural renovation work in the existing sanctuary was no small feat. There was concern with and significant analysis of the removal of the existing roof support, related to the thrust-restraint nature of the removed structure. The existing timber truss roof structure was lifted, supported and monitored for movement during the demolition and re-support process. A separate team of engineers from JDH provided construction engineering assistance to Erhardt. Included was the design of a steel shoring tower; the use of hydraulic jacks, load-cells, and strain gauges; the monitoring for movement; the holding in place of the structure for four months; and, the final measuring of structure deflection during the shoring release and re-support.