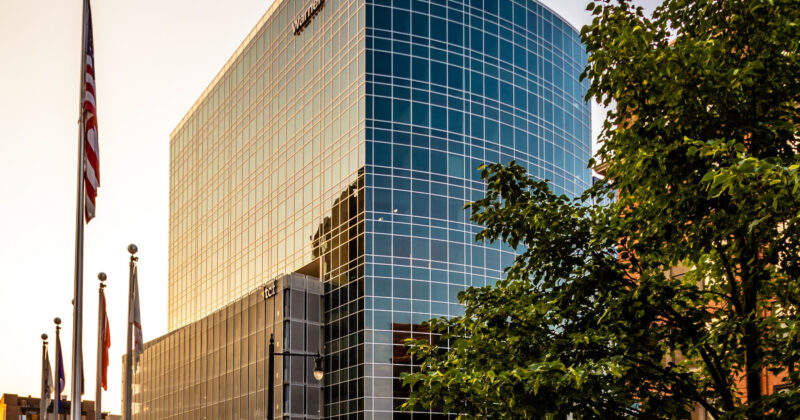 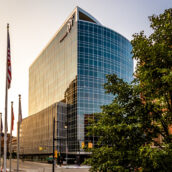 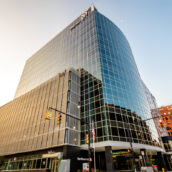 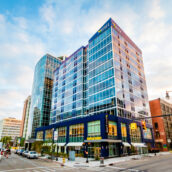 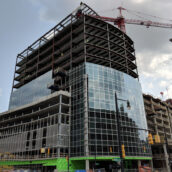 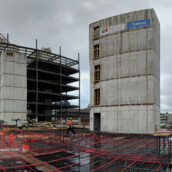 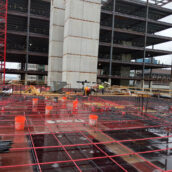 150 Ottawa is one of two towers completed simultaneously as part of the $70-million-plus Warner Plaza super-project, which revitalizes an old under-used 125-space surface parking lot. The 15-story, 290,000 square-foot mixed-use tower is located in the heart of downtown Grand Rapids; and is the sister building to the adjacent 12-story 140 Ottawa / Hyatt Place. The Warner Building includes a 425-space parking garage at floors 1-7 and 8 levels of office space at floors 8-15. Parking is shared between occupants of the office building and the adjacent hotel. As the name suggests, local law firm Warner Norcross & Judd is the building’s anchor tenant, occupying a majority of the office space.

The building consists of dual structural systems- a reinforced-post-tensioned concrete structure at the parking levels and structural-steel at the office floors. The structure is supported on large conventional shallow foundations, including a six-foot-thick “mat”-style footing at the stair and elevator shear-resisting-cores. The base concrete structure consists of 10-½”-thick post-tensioned flat (plate) floor slabs and is supported by reinforced concrete columns up to 40” in width. The building is braced laterally by shearwalls that are 16” in thickness at their base